The Eagle River has cut it’s way through the Vail Valley  from the top of Tennessee pass to it’s confluence with the Colorado River some 70 plus miles of diverse fishing opportunity that range from  high mountain  pocket water to a large meandering valley floor river and everything in between.  The History of the Eagle River is one of triumph and tragedy or should I say tragedy to triumph.

Mining first began in the Gilman-Belden area, about three miles northwest of Red Cliff and six miles southwest of Minturn on US24, in the late 1870s with the discovery of gold and silver deposits. Mines in the area included the Ground Hog, Iron Mask, Ben Butler, Tiptop, Mabel, Percy Chester, Pine Martin, and the Star of the West.  The production of these precious metals had declined by the mid-1890 because the gold and silver from these mines contained too much zinc and lead. However, operations were revitalized in 1905 with the focus shifting to the mining and concentration of the lead and zinc ores. At one time, this area was one of the prime producers of zinc in the United States these mines ultimately became the Eagle Mine.

An underground mill was constructed in 1919 to extract the lead and zinc metals because of space limitations in the narrow canyon; this mill operated from 1919 to 1979. Copper and silver production continued until 1977, but limited activities were continued until 1984.  With the closing of mining operations in 1984, the mine workings were abandoned and allowed to flood. In short order, the acidic mine water, which contained dissolved zinc, copper, cadmium, and other heavy metal salts, ran into the Eagle River resulting in catastrophic fish kills.  The State of Colorado filed notice and claims against the former mine owners for natural resource damages under the Superfund law in 1985. The site was placed on the list of Superfund sites in June 1986. The 235-acre site includes the Eagle Mine workings, the town of Gilman, eight former mine tailings piles, Rock Creek Canyon, which is the drainage just west of Gilman, and at least 14 waste rock piles.  By the mid 1990s there were a number of people working in separate local groups with overlapping participants. These groups included EREBA, the Black Gore Creek Steering Committee, the Eagle River Clean Up, the Community Pride Clean Up (I-70 Clean Up), the 2008 Water Quality Plan, and the individuals who had been so active in the White River National Forest Association and the development of the Eagle River Watershed Plan. All these different groups formed the basic starting committee system from which the Eagle River Watershed Council (ERWC) was subsequently formed.

In 2000, the group raised funds to hire a paid consultant. One year later, the mine cleanup remedy was declared complete –but the broad coalition of citizens, local conservation organizations, municipal and county government continued working to ensure that the values of the entire watershed were protected and enhanced through a systematic holistic approach to implementation of the 1996 Watershed Plan. Since 1989 the Hazardous Material and Waste Management Division of the State Health Department asked Colorado Parks and Wildlife (CPW) to sample the Eagle River for fish. Sampling means collecting as many fish as possible which inhabit a defined river. Each fish collected is measured and examined. The collection process is accomplished by introducing a mild electric current into the water to attract and temporarily stun the fish so that they may be safely and quickly netted.

Today the fish of the Eagle River are much healthier due to the improved aquatic insect habitat the the Trout and other forage fish feed on.  As guide in the Valley since 1996 and now the owner of Fly fishing Outfitters i has been a remarkable journey to witness one of the only successful cleanups of a river Superfund site in the U.S.  The quality and numbers of trout  have been on the  increase.  Longtime locals will tell you that it gets better every year. Springtime in the Mountains-A Flyfisher’s Paradise. The days are getting longer and the bugs are hatching on the rivers, a fly fisher’s paradise.  In the last few days the shop has been overrun with local as well as the visitors in the know, the fishing has been off the charts. As we begin to average daily…

Helios 2 35%off all Helios 2 Rods The Helios 2 is a featherlight war club that defies the laws of physics and has the backbone of an I-beam. Lighter in hand and 20% stronger than any rod we’ve ever developed, it transitions energy directly from your brain to the fly and casts with the precision of…

Stopping my my fly shop can be a gambling affair. You never know who just got back from where and “you gotta go,” what fly is hot for the time being or what new gear you need to caress with your own hands. But rest assured, there is always something new to fondle. The new…

Streamer fishing has really evolved over the past 15 years, from fishing small patterns like Mickey Finns and Grey Ghosts fished swung and quickly stripped back on floating lines, to flies commonly ranging from 4-6 inches long, often with lots of bulk, a large profile, shimmer and flash, weight and other accessories and fished on…

Top Fly Patterns for Winter Trout Now that we can officially call it Winter, it doesn’t mean the Trout stop feeding. The locals here in the Vail valley are very savvy when it comes to knowing what gear to use when hitting the mountain on any given day. Locals are also very savvy when… 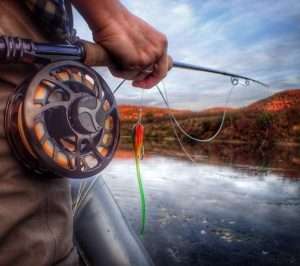 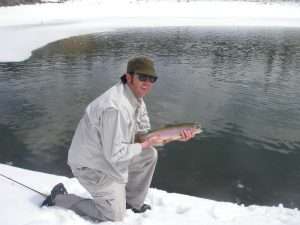 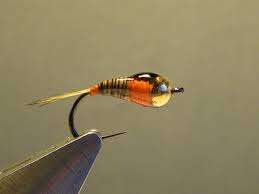