Streamer fishing has really evolved over the past 15 years, from fishing small patterns like Mickey Finns and Grey Ghosts fished swung and quickly stripped back on floating lines, to flies commonly ranging from 4-6 inches long, often with lots of bulk, a large profile, shimmer and flash, weight and other accessories and fished on a heavy sink-tips. By doing so, we take big flies to big fish and break-up those periods where surface action is nil but we still want success on the water.

This is not the “gentleman’s” way to present a fly. Often, this presentation triggers a pure territorial response, getting the fish to eat; other times, they just want to eat something big and go back under a log for a while. That’s how they get bigger. This isn’t necessarily a new style of fishing for many, for others it is. Regardless of your experience or the species you cast a streamer to (trout, salmon, steelhead, smallmouth bass), the following tips are suggestions for improving your streamer fishing and scoring big.

Fish can be particular from one day to the other and even throughout the day – not so much to fly sizes, but color and movement. Anyone who has been fishing on “the day” knows that streamer fishing can be some of the most exhilarating and successful ways to catch big fish. But it can turn on and off quickly and/or the fish can have an attitude change and decide something else looks good. Sunlight can make a fly look different, so if the light changes, consider how your once-hot fly might appear in the new conditions and change it if need to be.

Mix up not only your patterns with respect to their colors, size, profile, action, amount of weight, but also how you fish them: faster, slower, deeper, jig-like, lots of pause/suspension, quickly, jerkily; in the heavy structure, in the middle of the river, perhaps the inside seams with little structure. Mix it up, look for a behavioral pattern and always assess. The more you fish the more you will develop your favorite patterns for certain conditions. Let your gut dictate what you should try, but don’t be stubborn and stick with something that isn’t working.

If your cast fails to hit the target and falls a little short, rather than pick it up and attempt to get that extra 2 feet of length, let it go and fish it – that is, unless it’s going right into a snag or something else ominous. Here’s why: If you pull that fly out, you may have pulled out of the water just as a fish was about to smash it. Further, if you recast it will you really hit the target the second time? Lastly, when you pull the fly out to recast, you often spook fish and alert them that something isn’t right so your second cast comes through disturbed water with an educated fish in it. Make your cast and fish it out.

Set the hook when you feel the fish, not see the fish eat. It has happened too many times – a brown trout into the mid-20s or a 15-pound salmon comes up to eat, mouth opens and the fly rips through the water thanks to a premature hook set. Strike one – you’re out. Keep that fly moving, and when you feel the tug, set the hook as hard as the equipment will allow you to. If you do everything right, the hook fails to stick and the fly comes up and out of the water, cast it right back in there immediately. The fish is typically committed and is now pissed that they ate but didn’t get it in their mouth and are looking around for the “escapee.”

Swinging a Streamer on a River

Swinging a streamer can be the easiest to learn. You start by casting across or a little upstream. Start with an upstream mend. This allows the streamer to sink. Once the streamer starts across the stream do a downstream mend or take four or five steps downstream. Keep the rod tip low and point the rod tip toward the fly. This gives the trout a good broadside look at the fly. At the end of the swing let the fly hang there for a few seconds. Trout will often follow a streamer to the end of the swing before they strike.

While using this classic swing method you can (and should) cover a lot of water. You start at the upstream end of a run and work your way downstream.

A drag-free dead drift is where the fly fisher avoids adding any movement to the streamer. You cast upstream and allow the streamer to sink. As the fly passes you, the rod tip is lowered to extend the natural drift. This method is used to imitate a stunned life form that may have just gone through turbulent or rough waters.

Retrieving a streamer upstream against a strong current is very unnatural. Think about it, if you were hurt or being chased by someone faster and larger than you would you run up or down a set of stairs?

Use a short leader, not a long one with sink-tips. The sinking section of the line is used to penetrate the water column and present the fly at the depth we desire. A short leader keeps the fly close to the sinking line, whereas a long leader can end up riding higher in the column due in part to the current forces and any buoyancy characteristics of the fly. I prefer a leader no longer than 5 ft. in length.

Use a long leader, not a short one with floating line (7 to 9 feet). We do this for the opposite reason as above. If we want the fly to sink and get deep, we need enough leader that will allow separation of fly from floating line. Make sure the fly has some weight to it when using a floating line, unless you aren’t looking to fish it deep.

As we strip that fly through the water, yet again, sometimes that big fish appears from nowhere tracking the fly. Too often anglers stop moving the fly to let the fish “catch-up.” Don’t – keep it moving! By stopping, it’s typically a game-over situation as the fish recognizes something is wrong and goes back to where he came from – why would something fleeing for its life just give up? Anglers’ shoulders slump, jaw opens and some profanity slips out.

Keep the fly moving — maybe slower or more erratically to entice the bite, but keep it moving. It’s not a guarantee that the fish will eat but you should know there are no guarantees in the sport just experience to learn from. As such, sometimes smallmouth bass like the fly stopped when they follow it. Try it – if it doesn’t work after a few attempts of pausing it, go back to keeping it moving.

What Gear Should I Use???

So its time to dust off all those old streamers and streamer fly boxes.  Waiting and finding the perfect place or for the ultimate conditions is only half the battle.  Going to battle streamer fishing can be truly frustrating.  Trying to cast a huge streamer fly with a 3wt. rod and reel could lead to loads of problems.   Listed below are some suggestions for choosing the correct gear for your next Fall streamer fishing day.

Fly fishing is defined as a type of fishing that utilizes artificial ‘flies’ to lure and catch fish. It may seem intimidating, but now’s the time to put your fears to rest. This popular recreational sport isn’t nearly as complex as you believe, though the casting technique is different than what you’re likely used to….

Vail and Beaver Creek’s proximity to some of the best fly fishing in Colorado might very well make it the center of Colorado’s Fly-fishing universe. Since Moving to the Vail valley in 1992 to mainly ski-bum I did become quickly aware that there was more to this valley then great skiing/riding.  Summer of… 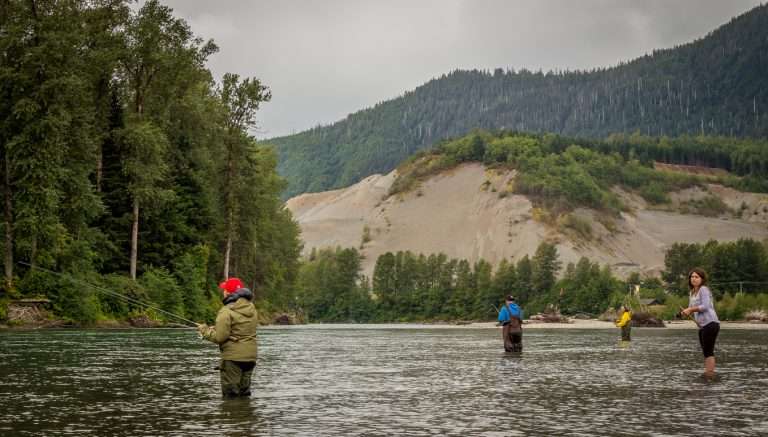 Even if you are not an experienced angler, adding a guided fishing trip to your vacation can be one of your best decisions. If you choose to vacation in Colorado, you can take in the majestic views of the Rockies, hike, bike, ride, and fish. Not to mention the fact that you can ski in… 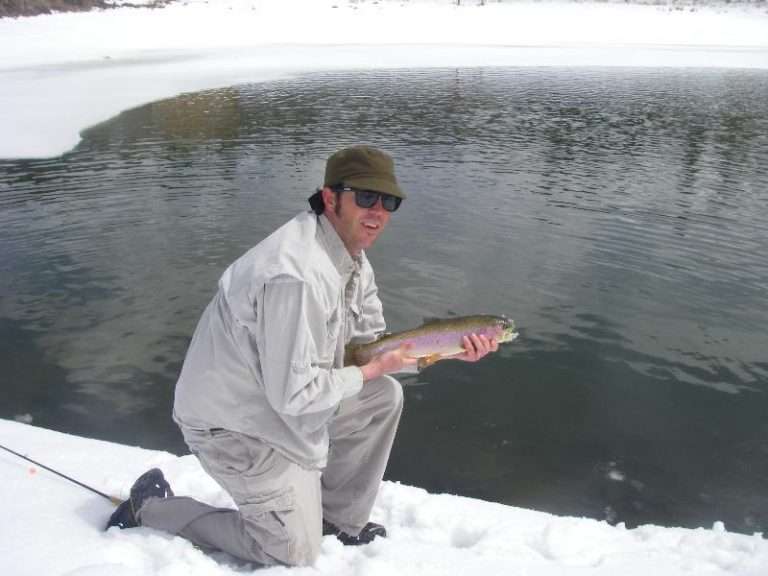 When friends come in the shop and start inquiring about Winter Fly Fishing one of the first pieces of advise I give is to: “keep it low and slow.”  We see so many anglers who become frustrated at nymphing and not catching as much as the guy standing downstream. First question you will get from… 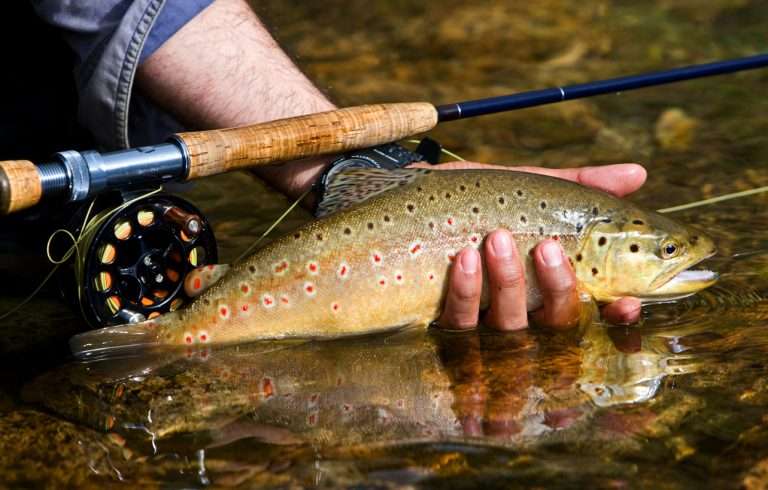 There are so many ways to enjoy your time in Colorado. You can ski, hike, walk, and fish—sometimes all on the same day. When it comes to fishing, Colorado has ample opportunities to give you great ways to fish and experience the spectacular outdoors. Lakes, streams, creeks, and rivers are brimming with trout and other…

One of the most frequently asked questions our shop staff gets is:”Should I wade or float fish when I book my trip with a guide”.  There are a number of answers to that age old inquiry.  Most often when hen faced with that very question you may get a different reply based on who fields… 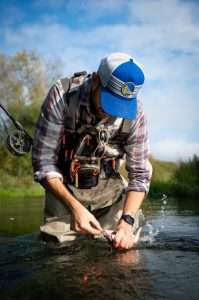 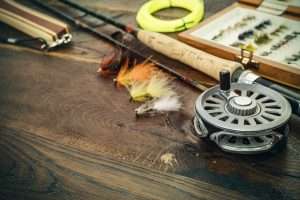